Vernon K. Robbins is Professor of New Testament and Comparative Sacred Texts in the Department and Graduate Division of Religion at Emory University, Atlanta, Georgia. He was appointed Winship Distinguished Research Professor in the Humanities in 2001. In 1984, his Jesus the Teacher: A Socio-Rhetorical Interpretation of Mark launched socio-rhetorical criticism in New Testament studies. His two most recent books, The Tapestry of Early Christian Discourse and Exploring the Texture of Texts, present this approach in the form of programmatic strategies for interpreting the inner texture, intertexture, social and cultural texture, ideological texture, and sacred texture of texts. A Festschrift in his honor, Fabrics of Discourse, contains essays that apply insights of socio-rhetorical interpretation.

In 1983-84, Prof. Robbins was a Fulbright Professor at the University of Trondheim, Norway. During the summer of 1996, he was a Human Research Science Council Visiting Scholar in South Africa. Prof. Robbins is General Editor of Emory Studies in Early Christianity and co-chair of the Socio-Rhetorical Interpretation seminar in the Studiorum Novi Testamenti Societas. He is widely published in national and international journals.
Format
paperback
Language
english
Condition
new
used 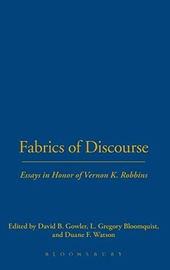 Fabrics of Discourse: Essays in Honor of Vernon... 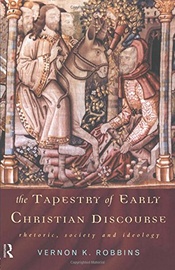 The Tapestry of Early Christian Discourse 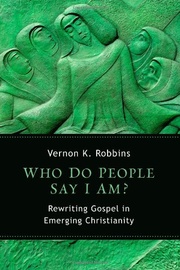 Who Do People Say I Am?: Rewriting Gospel in Em... 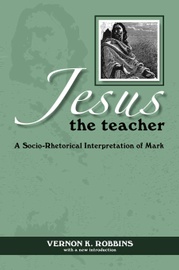 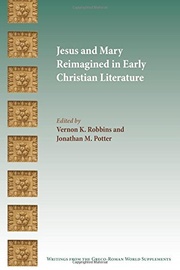 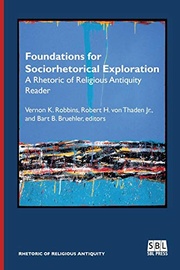 Foundations for Sociorhetorical Exploration: A ...