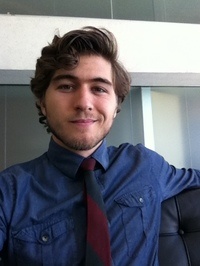 Hey, everyone, it’s me, Wes (the “W” in “W.A.”). I know we authors are supposed to write these bios as if someone else was writing them, but I’m just not into the pretense, so here’s a little bit about me: I grew up in San Diego, California – I’m a fifth generation San Diegan, if you can believe it; my son is a sixth. I’ve always been a voracious reader, namely of J.R.R. Tolkien, C.S. Lewis, Isaac Asimov, Michael Crichton, John Donne, Pablo Neruda, and so many others. I love Wrestling (I used to be head assistant wrestling coach at USC), Brazilian Jiu Jitsu, traveling, and my wife. Coolest thing I’ve ever done? I ran with the bulls in Pamplona in 2012. Pretty wild experience.

I’ve been dreaming up ideas for books, songs, movies, etc. for as long as I can remember. My first big hit came at 8, when a poem I wrote was read and discussed on a radio program and not as a joke. I won an international creativity contest when I was 17 with a song I wrote – grand prize out of 150,000 entrants. They sent me to Hawaii. It was crazy. While studying at the University of Southern California, I decided I wanted to be a writer for a living, so as soon as I graduated, I started writing full time. Yes, I was super poor. No, no one really paid attention to me for a few years. I cranked out material and worked for a few film production companies. I had the honor of writing the award-winning film Save My Seoul with Jubilee Media, which was released in 2016, and today I have several film projects in the works (stay tuned, kids). I’ve written eleven books, including the Starfall trilogy and Writing With Purpose. In March of 2020, my first real, traditionally published book comes out. It’s called For Whom the Sun Sings, and I think everyone can relate to it and should absolutely read it.

That’s me. I have the compulsive need to write and create stories, and my mission in doing so is to illuminate truth and beauty in a way that makes you… well, I’ll let you be the judge of that. Much more to come. 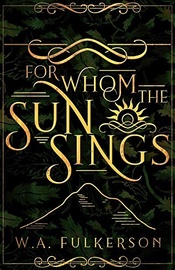 For Whom the Sun Sings