< Back to author list
Whitaker House is a Christian publishing house in New Kensington, Pennsylvania, near Pittsburgh. It was founded by Robert E. Whitaker, Sr. Upon his death in 2012, his son Robert Whitaker Jr. became president.Their stated mission is "To advance God's kingdom by providing biblically based products that proclaim the power of the gospel and minister to the spiritual needs of people around the world."The distribution arm of the business is called Anchor Distributors.In 2018, Whitaker House's parent company, Whitaker Corporation, acquired the children's book publisher Smart Kidz Books.
Format
paperback
Language
english
Condition
new
used 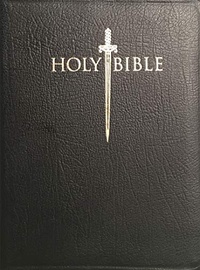