< Back to author list
Zachary Michael Thomas (born September 1, 1973) is an American former college and professional football player who was a middle linebacker in the National Football League (NFL) for 13 seasons. He played college football for Texas Tech University, and was recognized as a unanimous All-American. He was drafted by the Miami Dolphins in the fifth round of the 1996 NFL Draft, and played for the Dolphins his first 12 seasons in the NFL, before playing his 13th and final season with the Dallas Cowboys. A seven-time Pro Bowl selection, and seven-time first or second team All-Pro, Thomas recorded more than 1,700 combined tackles in his career, was named the AFC Defensive Rookie of the Year in 1996, a two-time NFL Alumni Linebacker of the Year, and was selected to the NFL 2000s All-Decade Team. In 2015, Thomas was inducted into the College Football Hall of Fame.
Format
paperback
Language
english
Condition
new
used 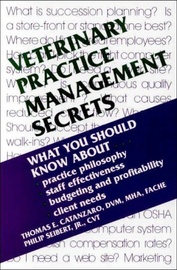