< Back to author list
Maria Lopez (born September 12, 1953) is a Cuban-American former judge and a former television jurist on the syndicated court show, Judge Maria Lopez. Judge Lopez made legal history as the first Latina appointed to the bench in Massachusetts when she was selected as a District Court Judge by Governor Michael Dukakis. Judge Lopez continued to make her mark in history as the first Latina to be appointed to the Massachusetts Superior Court in 1993. Lopez served as a Superior Court judge and as an assistant attorney general in civil rights division of the office of the Massachusetts Attorney General. She was married to the late Stephen Mindich, owner of the Boston Phoenix newspaper; she lives in Newton, Massachusetts. She has two sons, Michael Michaud (born in 1983) and David Michaud (born in 1985), who both attended the University of Michigan; they are her sons from her first marriage to Richard Michaud. Lopez holds a Bachelor of Arts degree in Government from Smith College and a Juris Doctor from Boston University.
Format
paperback
Language
english
Condition
new
used 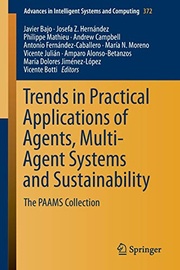