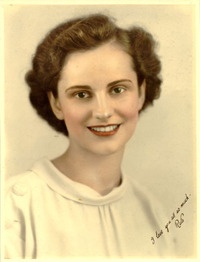 Ruth Graham was born in China; her parents were American medical missionaries at the Presbyterian Hospital 300 miles north of Shanghai. Ruth was a Christian from an early age. She graduated from Wheaton College, Illinois, where she met her future husband Billy Graham. They were married on August 13, 1943 in Montreat, NC when she was 23. Her husband became a full time evangelist preaching the gospel all over the world. She loved to move behind the scenes, away from the spotlight, and helped him craft and research sermons and even books. She wrote as an emotional release, while her husband was so often on the road. Ruth convinced Billy to move the family to Montreat, near her parents, when their first child was on the way. Her ministry flourished in the mountains of western North Carolina, where she built the family homestead and raised five children. Ruth and Billy were married over 65 years and had 19 grandchildren and numerous great-grandchildren. Ruth Graham died at the age of 87.
Format
hardcover
Language
english
Condition
new
used 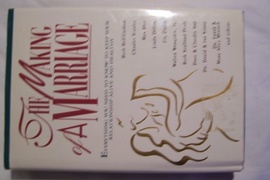 The Making of a Marriage/Everything You Need to...