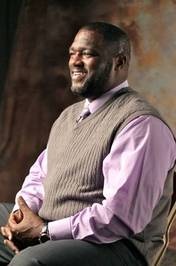 Voddie Baucham wears many hats. He is a husband, father, pastor, author, professor, conference speaker and church planter. He currently serves as Pastor of Preaching at Grace Family Baptist Church in Spring, TX. He has served as an adjunct professor at the College of Biblical Studies in Houston, TX, and Union University in Jackson, TN. He has also lectured at Southern Seminary.

Voddie makes the Bible clear and demonstrates the relevance of God’s word to everyday life. However, he does so without compromising the centrality of Christ and the gospel. Those who hear him preach find themselves both challenged and encouraged.

Voddie’s area of emphasis is Cultural Apologetics. Whether teaching on classical apologetic issues like the validity and historicity of the Bible, or the resurrection of Christ; or teaching on biblical manhood/ womanhood, marriage and family, he helps ordinary people understand the significance of thinking and living biblically in every area of life.

It is impossible to understand Voddie’s approach to the Bible without first understanding the path he has walked. Raised in a non-Christian, single-parent home, Voddie did not hear the gospel until he was in college. His journey to faith was a very unusual and intellectual one. Consequently, he understands what it means to be a skeptic, and knows what it’s like to try to figure out the Christian life without relying on the traditions of men. As a result, he speaks to ‘outsiders’ in ways few Bible teachers can.

Voddie and his wife, Bridget have been married since 1989. They have six children, Jasmine, Trey (Voddie, III), Elijah, Asher, Judah, and Micah. They are committed home educators.
Condition
used
new 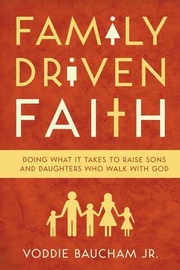 Family Driven Faith: Doing What It Takes to Rai... 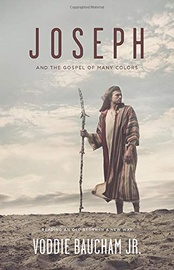 Joseph and the Gospel of Many Colors: Reading a... 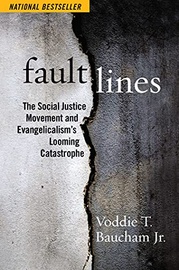