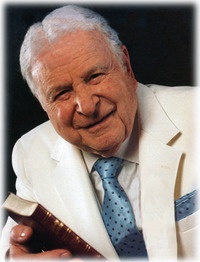 Dr. Criswell published fifty-four books and was awarded eight honorary doctorates. The Criswell College, First Baptist Academy, and KCBI Radio were started under his leadership. He served on the board of trustees of Baylor University, Baylor Health Care System, Dallas Baptist University, and The Baptist Standard. He also served as a member of the Annuity Board and as Chairman of the Trustees of the Baptist Sunday School Board (now LifeWay Christian Resources). The Baptist Banner characterized his contribution to the Southern Baptist Convention as "historic":

He is known as the patriarch of the "conservative resurgence," returning the SBC to its Bible-believing roots. Twice elected president of the SBC, in 1968 and 1969, during the 20 years that followed he was perhaps the most popular preacher at evangelism and pastors' conferences in America, while also preaching extensively to mission fields worldwide.

As founder and chancellor of the Criswell College, Dr. Criswell gave his later years to preparing young preachers to preach the Word of God. He emphasized that a sermon should take God's truth and "make it flame, make it live!" "The word we preach from our pulpits," he declared, "ought to be like the Word of God itself--like a fire and like a hammer that breaketh the rock in pieces (Jer 23:29)."

W. A. Criswell went to be with the Lord January 10, 2002. His ministry continues through the messages he preached and the lives he touched during his seventy-five years of pastoral service.
Format
paperback
Language
english
Condition
new
used 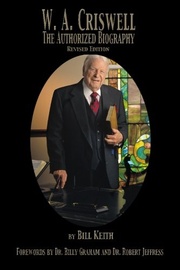